…Yakasai, Gobir, Others Call For Support

The President, Pharmaceutical Society of Nigeria (PSN), Pharm. (Alh.) Ahmed Yakasai, and Pharm. Yakubu  Layi Gobir, chairman, Smart Mark Limited have called on stakeholders in the pharmaceutical industry and other philanthropists to come to the aid of the Association of Community Pharmacists of Nigeria (ACPN), in its effort towards building a multi-million naira national secretariat for the association.

The duo of Yakasai and Gobir made the call in Lagos recently at a fundraising programme organised by the association for a 200 million naira donation to build an ultra-modern world class national secretariat which was held at Sheraton Hotel and Towers, Ikeja, Lagos.

Speaking at the occasion, Yakasai, who was the father of the day disclosed that when the project is completed, it would be a dream come true for the association as the project was long overdue for the national body having occupied the present secretariat which was rented for over thirty seven years.

“There was a time I called the national chairman, Pharm. Albert Alkali that I was not going to visit the present secretariat again because I see their continuous occupying of that place as an insult to the pharmacy profession, because being the largest technical arm of PSN, and also for the fact that even state chapters of the association have a more befitting secretariats, I feel sad each time I pass in front of the so called national secretariat. So I am happy today because history is going to be made and I am also part of the history.”

Yakasai who described the move to have the new national secretariat as a step in the right direction, however appealed to all stakeholders in the profession and other well-meaning Nigerians to have their names written in the book of history by supporting the association financially towards raising the amount needed for the completion of the building, saying no amount is too small.

READ
Local and International Stakeholders Mourn The Demise of Osotimehin

“As the most active and the largest arm of PSN, its quite ridiculous that we could stay in that two bedroom flat we rented over thirty seven years ago for this long. I know successive administrations have tried to do this, but let us try as much as possible to ensure the history is made in our time by contributing generously towards this project and I am promising that I am also going to take the bull by the horn by supporting the project.” Gobir said.

Speaking earlier, Pharm. (Dr) Albert Kelong Alkali, national chairman, ACPN appreciated God who made the day a reality, despite several challenges, saying that it was a difficult task to invite people to such gathering, knowing the economic challenge besetting the country presently.

Speaking further, the ACPN boss said the programme couldn’t have come at a better time, having occupying the present secretariat for about thirty seven years. “We have discovered that as an umbrella association for over four thousand members nationwide, such a small place is not befitting enough as our secretariat and beside, the place is limiting our activities, so we have decided to take the bull the horn and ensure we leave behind a legacy that will outlive us by building a befitting secretariat for the association, so that we can deliver better services and interact respectfully with other corporate organisations.” Alkali said.

The number one community pharmacist in the country however appealed to other stakeholders who have not contributed to assist the association in realizing its dream, while writing their own names in the book of history.

The high point of the occasion was the fundraising proper which was anchored by the PSN president, Pharm. Yakasai to the admiration of the dignitaries, meanwhile the amount realized was not made public. 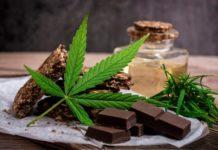