Dennettia tripetala (Fam: Annonaceae) is the botanical name of a plant whose fruits are called pepper fruits. It is native to West Africa, including Nigeria, where the fruits are called nkarika in Efik, obi ata or igberi in Yoruba, mmimi in Igbo, imako in Urhobo and aki in Bini. The Dennettia tripetala tree thrives mainly in the Savannah and rain forest zones while the fruit usually ripens between April and May.

Preparations: Pepper fruit is mostly chewed fresh but can also be used for food preparations and for preparing herbal medicines. Both the green, red and pink pepper fruits, as well as the leaves, roots and barks of the tree are notable for their pungent peppery taste and smell. It can be used as a spice for seasoning and flavouring food, such as white soup, spicy fish, hot drinks, alcoholic drinks, beverages, meat, vegetables, stew, sauces and sausages. 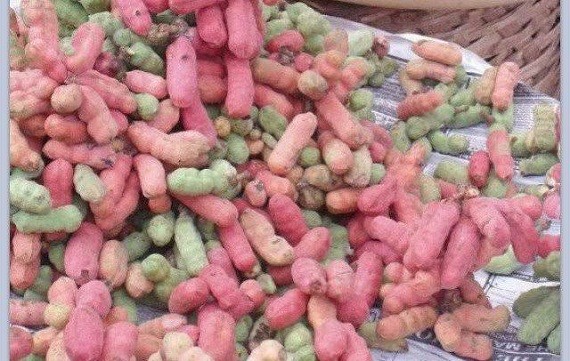 Pharmacological actions and medicinal uses: The pepper fruit oil extract holds a compound named 1-nitro-2-phenol ethane which has an anticonvulsant and hypnotic effect that can heal infant convulsion effectively.

The seeds are vital for preparing food for new-born mothers without delay after childbirth as the spice aids in uterus contraction.

READ
Three Practical Ways to Make 2018 Your Best Year Ever

Pepper fruit seed can reduce intraocular pressure (IOP) considerably up to 25% in people suffering from glaucoma. This African fruit repairs damage in liver and kidney, which is related to the impact of multiple exposures to carbon tetrachloride.

Adverse effects: Although pepper fruit causes contraction of the uterus, which is good for nursing mothers, it also can lead to adverse conditions and even forced or premature labour for pregnant women, especially in the third trimester.

Economic potentials: The hexanolic extract of D. tripetala fruits has been found to be toxic to the larvae of the Aedes aegypti mosquito and this points to the potential for generating insecticides from Dennettia essential oil. It is safer than the conventional insecticide, permetrin. It is useful as a grain protectant (during storage), food and medicine.