The greatest ability in business is to get along with others and to influence their actions.

In 1997, the world mourned two great women. One was a noble Catholic nun, Mother Teresa, who also was a Nobel Peace Prize recipient. The other, Princess Diana, who was from the royal family of England; though simple in nature, she circulated among the high and mighty.

I watched the funeral of these noble women on CNN and it was reported that over two billion people watched each of the events! Why did many people mourn these women? The reasons are obvious. Mother Teresa left her affluent family background to do great missionary and charity work through the Missionaries of Charity she founded in 1950. She did great charity work at Calcutta, where she spent the last years of her missionary life. She touched lives. She used her mission to help the poor.

Royalty, in most cases, is conservative; but Princess Diana was different. She connected with everybody. She was in touch with the wealthy, the powerful, the weak, the poor, the sick and everyone! Princess Diana used her position to raise funds for charitable causes, such as care for people with leprosy and AIDS research. Even though she was of royalty, she was able to connect with ordinary people. The names of Mother Teresa and Princess Diana still ring a bell till today even after they passed on over twenty years ago! This is what I call real influence.

The life you live is a legacy. If you want to be remembered even after you have gone, then start now to add value to your world.

In our everyday life, whether in sales, business or relationships, we influence people in one way or the other – in our quest to make them do what we desire. There is a lot of influence in the act and art of buying and selling. Influence plays a major role in the art of selling. Learning genuine ways to influence customers and prospects should be the foremost task you must pursue as a salesman. When you discover ways to influence people, you connect with them.

One of the skills I explore as a salesman is to trigger emotion and logic in the prospect’s mind. I make him or her connect emotionally and logically with the product or service. By so doing, I position myself in a way the buyer will want to buy the product and not a scenario where I will be struggling to sell the product or service to him. Nothing attracts buyers more than benefits and friendly relationships. The salesman must have the ability to show benefits and solutions his products will offer, and at the same time cultivate an amiable atmosphere that will ensure long-term business relationship. This is the winning strategy of today’s selling. This is how to influence prospects or customers positively.

Give Them Reasons to Buy

Customers want to know why they are buying your product. A customer wants answers to the six-word phrase, ‘‘What is in it for me?’’ He wants convincing answers that will make him buy from you. Customers don’t like to be sold to. They always want to buy! They want you to make them see value in what they are buying. They want you to make them feel secured and comfortable in dealing with you. They want to see and believe that you care about them and their interests.

Sales activity is a process of cordial interaction and mutual benefit. Until the salesman captures the attention of the prospect in this aspect, the sales might not be closed.

Your aim in your sales activities is to influence your prospects to be interested in what you are selling or saying. To be a selling champion, you should learn the art of influence. You should master when, how and where to dwell at any given time you are with your prospects or customers. People are motivated to act most times. It is your duty to know what would activate the buying in your prospect’s or customer’s mind.

John Maxwell says ‘‘Leadership is influence.’’ You can’t lead if you can’t influence. Same way, you may not sell where there is no form of influence. If you are doing well in your sales activities, it means that you have the ability to influence your customers and prospects better than your competitors.  If you are a top salesman in your company, it means you have mastered the secret in the power of influence. Influence keeps you on top and makes you successful. 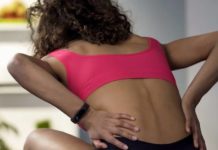 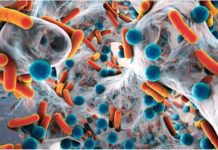