In a move that many Nigerians must have considered long overdue, the Minister of Health, Prof. Isaac Adewole, recently hinted that the federal government may stop medical doctors in the public sector from engaging in private practice. While briefing newsmen in Abuja after a Federal Executive Council meeting last month, Adewole announced that the Council had set up a committee to investigate the issue in accordance with public service rules and the professional ethics of medical practitioners. According to him, “The law of the land does not allow any public officer to do anything other than farming.”

Quite remarkably, the health minister noted during his address that the issue is “of considerate interest to quite a number of Nigerians.” He could not have been more discerning. It has been an open secret, to which the minister himself must have been privy, that many doctors in government employment and working in public hospitals also have active private practice and there have been allegations that these doctors often refer patients from the public hospitals to their own private clinics for treatment in order to make more money for themselves. There have also been complaints that many of these doctors are hardly available at their duty posts in government work, leading to insinuations that they juggle their official working hours between their public employment and private practice.

However, in a rather defensive move, the Nigerian Medical Association (NMA) has declared that any move to ban doctors in public service from private practice would be illegal.  The NMA President, Prof. Mike Ogirima, while speaking in Ilorin, Kwara State, during the 2017 Physician’s Week, asked the government to define what it meant by “working hours” and argued that doctors in public hospitals were already working more than the period required by law. He noted that while the NMA was opposed to members using their official working hours to attend to their private clinics/hospitals and was ready to work in tandem with government to discipline errant doctors, an outright ban on private practice would be unlawful.

Speaking in the same vein, Dr Olubunmi Omojowolo, chairman of NMA, Lagos State chapter, also asked the government to clearly define its moves, noting that while the law truly does not permit doctors in public hospital to own private hospitals, they could offer specialised services to private hospitals when required. He added that the standard practice all over the world is that specialists could be invited to either public or private institutions to help sort out medical issues.

We must emphasise that despite the plausibility of NMA’s arguments, the fundamental problem that the government is trying to solve with its investigations must not be obscured. All Nigerians, and medical practitioners, in particular, should be interested in ensuring that patients are properly attended to at our public hospitals. The government should indeed be commended for trying to ensure that the rules and ethics guiding medical practice are strictly enforced and that patients get the adequate attention they deserve from their physicians when they visit public hospitals, rather than being needlessly referred to private clinics for dubious reasons

We must also state that having a committee to explore how to handle this sensitive issue is appropriate and laudable.   It is very important for the government and the NMA to arrive at a consensus on how the relevant laws will be enforced, since both parties agree that it is indeed anomalous, unethical and immoral for physicians paid to do government work to abdicate it because of commitments to their private practice. To this end, we urge the committee to be thorough in its assignment to ensure that whichever decision is eventually taken will be in the best interest of patients. It is time that the long-held view by many that public hospitals are only for the poor and desperate – who have no choice but to endure the haphazard attention they get – become a thing of the past.

When the committee eventually submits its report, the government must take prompt and expeditious action, while also ensuring that other germane issues affecting healthcare delivery in the country, such as of poor funding, dearth of needed essential equipment and refurbishing of decaying infrastructure are given adequate attention. Moreover, the important unresolved issue concerning the working conditions of medical doctors as raised by the NMA must equally be addressed while the government should also reconstitute the MDCN board to strengthen the procedure of sanctioning erring physicians for misconducts.

It is only when these crucial steps are taken that patients will trust doctors in public hospitals to give them the best care and the tendency of doctors to refer patients to private clinics would reduce. This will equally help reduce the number of Nigerians travelling abroad for medical tourism.

Update On Pharmanews For Our Readers and Advertisers 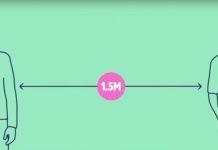