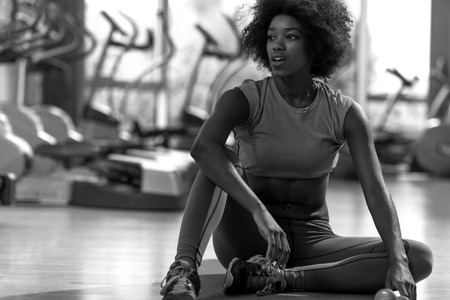 A large, long-term study has shown that if men and women could create time to go through meticulous physical exercises on a daily basis, the prevalence of depression and anxiety will be reduced to the barest minimum.

Depression is one of the most widespread mental disorders among adults in the United States. According to data provided by the National Institute of Mental Health, 6.7 percent of all U.S. adults had at least one major depressive episode in 2017 alone. Common mental health problems, such as depression and anxiety, are a growing global issue.

Although there is evidence that exercise can boost mental health, scientists know less about whether physical fitness can prevent the onset of mental health conditions. A recent systematic review and meta-analysis take a closer look.

The researchers are focused on unraveling the numerous factors that increase the risk of developing mental health conditions. Although it is not possible to alter some of these factors, such as genetics, it is possible to modify some lifestyle factors, including diet and physical activity.

Scientists are keen to identify which modifiable factors might have the most significant impact on mental health. Some researchers are looking to physical fitness.

The authors of another recent study investigated whether cardiorespiratory showed that fitness might be an effective intervention. Cardiorespiratory fitness is a measure of the cardiovascular and respiratory systems’ capacity to supply oxygen to the body during exercise.

The authors explain how previous studies “have found that low physical activity is associated with a greater incidence of common mental health disorders.” However, few studies have investigated whether cardiorespiratory fitness is directly related to mental health risk.

To investigate, the researchers hunted down studies that looked at how fitness interacts with mental health risk.

They only included papers that used a prospective study design. This means that at the beginning of the studies, none of the participants had mental health conditions, and researchers observed them for a time to see if any mental health issues arose.

All experiments assessed cardiorespiratory fitness and either depression or anxiety.

In total, the researchers only identified seven studies to include in their qualitative synthesis and four that they could enter into their meta-analysis.

Their analysis of the latter four studies — which included 27,733,154 person-years of data — produced significant results. The authors wrote according to the Journal of Affective Disorders:

The results were in line with the researchers’ expectations. As Kandola told MNT, “exercise is the biggest determinant of cardiorespiratory fitness,” and scientists have already uncovered “the benefits of exercise for common mental health disorders.”

However, he explained that they “were surprised at the lack of research in this area.” He hopes that their study will “help to draw more attention to it.”