Given the avalanche of controversies that marked the tenure of the immediate past executive secretary of the National Health Insurance Scheme (NHIS), Prof. Usman Yusuf, it comes as no surprise that the recent appointment of Prof. Mohammed Nasir Sambo as the new executive secretary of the Scheme has once again raised the hopes of many Nigerians that the programme may get a fresh start to finally begin to deliver on its mandate.

It is, however, essential to state that turning around the fortunes of the NHIS will require much more than hopes; it will require a lot of work, vision and strategy, driven by an uncommon passion to deliver results. In fact, the success of the new executive secretary will depend more on how he addresses the fundamental challenges that have bogged down the agency since inception, as these have, in no small way, contributed to the high turnover of executive secretaries for the Scheme.

The fact that the NHIS has had eight executive secretaries (both acting and substantive) from 2012 till date, a period of seven years, when an executive secretary is supposed to serve for five years per term, is a testament to the leadership crisis bedevilling the programme. Indeed, since its launch in 2005, only Dr Dogo Mohammed, who was executive secretary from 2007 to 2012, has served a full term.

With the constant leadership changes, one requires little or no other explanation as to why the NHIS has been largely comatose over the years. Consequently, a major task before the new executive secretary is to ensure that he works towards breaking this incumbency jinx and last long in the saddle, at least, for his basic term of five years. This will considerably enable him to concentrate on turning around the fortunes of the agency and prime it for efficiency.

It is also worth noting that a recurring factor in the crises that led to the untimely exit of most of the previous executive secretaries was allegation of fraud and corruption. In fact, the immediate past executive secretary, Usman Yusuf, had been suspended twice within one year on allegations of corruption, before President Muhammadu Buhari eventually terminated his appointment, based on the recommendation of a probe panel set up to investigate the corruption claims and other violations.

In view of this turbulent history, the new executive secretary, Prof. Sambo, who has played many roles in the nation’s health sector in the last 20 years – including spending some of his career years at the NHIS – must ensure that transparency and accountability are the watchwords and guiding principles of all operations of the NHIS under him. As a regulator, he cannot afford to be enmeshed in controversy concerning the funds of the agency. He needs to ensure that all decisions taken by the Scheme, especially those having to do with spending, follow due process.

However, beyond avoiding the banana skin of corruption, the new executive secretary must realise that he has to significantly increase coverage of the NHIS, as the present situation in which less than one per cent of the Nigerian population is enrolled for health insurance after 14 years of operating the Scheme, is not only shameful but unacceptable.

Prof. Sambo must work with the 25 states that have taken step to operationalise their own mandatory state health insurance schemes, as well as encourage the remaining undecided states to come on board. This is an important step towards achieving universal health coverage in the country, as the Scheme needs partnership with the states to get expanded.

Most importantly, the new executive secretary must work hard to standardise the operations of the NHIS and ensure that enrolees get the quality care they deserve. This is the most effective way to encourage other prospective enrolees to come on board.

The task before Prof. Sambo is to make the NHIS deliver on its mandate of ensuring that Nigerians have access to basic healthcare. It is now time for him to deliver on this task. 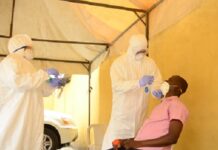 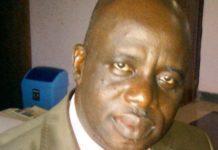 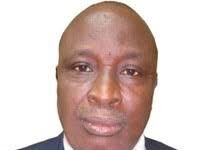