With over 820 million people subjected to chronic malnutrition globally, the Food and Agriculture Organisation (FAO) of the United Nations have called on governments of member states to formulate policies that will encourage public and private partnership towards boosting agricultural produce of each nation.

While admitting that there came a short period of decline in global hunger level, the UN FAO, on the occasion of the 2018 World Food Day is lamenting a rise in world hunger level again, this necessitated the call on governments to encourage private investment in agriculture. 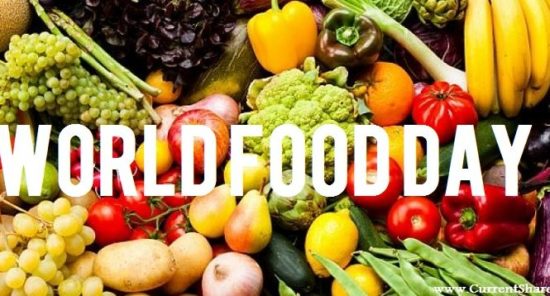 Of this global malnutrition burden, Nigeria has over 11 million stunted children, while the nation is also facing a crisis of malnutrition and ranks second behind India among all countries

The Federal Ministry of Health Report on malnutrition further revealed that up to 1 million Nigerian children under age 5 are affected by severe acute malnutrition each year, and these children have severely low weight for their height and are at risk of dying unless given urgent attention.

It also disclosed that nearly 4 out of 5 Nigerian children do not meet the World Health Organization’s recommendation for exclusive breastfeeding during the first 6 months of life, with about 70 percent of children ages 6 to 23 months not receiving adequate nutrition.

Thus, to achieve Zero Hunger by 2030, the UN statement reads in part:”Governments must create opportunities for greater private sector investments in agriculture, while boosting social protection programmes for the vulnerable and linking food producers with urban areas.

“Conflict, extreme weather events linked to climate change, economic slowdown and rapidly increasing overweight and obesity levels are reversing progress made in the fight against hunger and malnutrition.

“Now is the time to get back on track. The world can achieve Zero Hunger if we join forces across nations, continents, sectors and professions, and act on evidence. 70 percent of the world’s poor live in rural areas where people’s lives depend on agriculture, fisheries or forestry. That’s why Zero hunger calls for a transformation of rural economy.

“Smallholder farmers need to adopt new, sustainable agricultural methods to increase productivity and income. Ensuring the resilience of rural communities requires an approach that is mindful of the environment that leverages the power of technological innovation and creates stable and rewarding employment opportunities”.

Beyond governments, the officials of the Federal Ministry of Health believe there is a role for everyone in combating malnutrition. They said individuals can raise awareness about Nigeria’s silent crisis of malnutrition, reach out to colleagues in other sectors, such as health, agriculture, finance, education, women affairs; and work together to fight malnutrition.